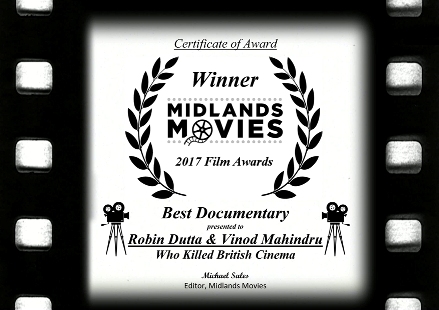 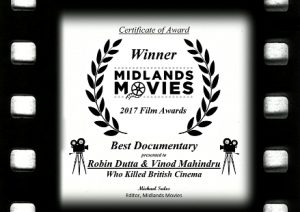 First of all, the Midlands Movies crew and I would like to say a great big thank you to everyone who made suggestions and nominations for our first ever film awards.

A special thank you should also go to all the artistic filmmakers, actors, writers, directors and more who have shown throughout the last 12 months that the Midlands region is a hot bed of talented folk from across different communities and locations.

Midlands Movies is very grateful for your enthusiasm and support in our efforts to help celebrate the brilliantly gifted artists who endeavour to tell their stories no matter what they may be and advance the local filmmaking industry.

And your encouragement has also helped build on the achievements of the Midlands filmmakers, so we would like to reward the hard work and accomplishments of those involved, and showcase this talent to the rest of the UK and beyond.

Winners were certainly not easy to decide upon as the selections were all of such a high quality. Therefore big congratulations go to all of the films submitted as we enjoyed each and every one of them. Finally, Midlands Movies hopes that this celebration can help ensure an even more successful movie awards as we develop an event for next year.

Until then, we have the pleasure in announcing the following Midlands Movies 2017 Film Award winners in each category below.

Nominations: The Fairy & the Dragon, Aladdin & his Magic Teapot, The X-Mas Files

WINNER: The Fairy & the Dragon by Alex Sinclair