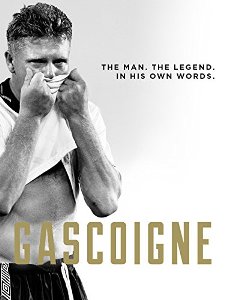 When writing and thinking about GASCOIGNE the documentary the following sub heading came to mind:

“CHILD AND VICTIM- THE ABUSE AND TRAGEDY OF THE ENGLISH WORKING CLASS”.

When Reg Keys stood against Prime Minister Tony Blair in the 2005 General election, it was not in the belief of taking the Prime Minister’s seat.  It was out of necessity to raise awareness of how we live in a society where working class men and women can be made to pay the ultimate price under false pretentions.  While Reg Keys has to endure the loss of his son, Prime Minister Blair is re-elected. The recent acquittal of former CEO of NEWS OF THE WORLD – Rebecca Brooks is to anyone’s intelligence another insult to truth and justice. One of the alarming revelations that came out in the live Q+A following Jane Preston’s excellent documentary GASCOIGNE is the fact that the subject believes he is still being phone hacked today!

The English working class are the most big hearted, fair minded, humourous and yet still demonised by the British establishment when not exploited as cannon fodder for elite minority causes. The film, despite having only a handful of recognisable contributors in it such as Gascoigne, Linekar and Mourinho actually benefits by being more revelatory than flat showering complimentary of the football talent and recovering alcoholic in Paul Gascoigne; his background, his present state of mind and his future.

Fine and interesting subjects like this, WE ARE MANY (Iraq war), and GOING CLEAR (Scientology) are hardly getting to audiences in the UK not due to lack of interest or demand but simply because of the rigged market set up which excludes new and innovative voices. Jane Preston’s fine film is already available on Blu ray and DVD. Get it!