The Book of Henry – Film Review 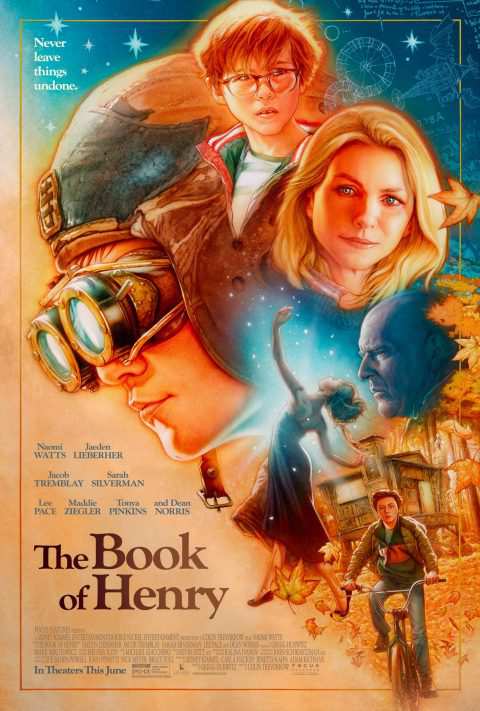 An emotive and original piece of writing (Gregg Hurwitz) following a recent trend of very strong child performances with THE SHACK, GIFTED, released this month.  Henry is still not a teenager but plays the role of responsible adult alongside official single parent played by the impressive Naomi Watts. He is bright beyond his years , looks out for his younger brother and helps the household with figures and understanding the financial market. So successful, his naturally creative but working class mom does not necessarily have to work.

“There’s nothing wrong with an old car!” She remarks as pride prevents her from exploiting her son’s bread winning capacity. She still works but the mother and son roles are reversed. She’s late, she plays computer games, she takes interest (parentally) in the young girl next door and stays up late getting drunk with a friend. The key theme in this film is the broken family dynamic and its devastating effects on health and well being.

The Book Of Henry poster

Despite his enormous intellect, Henry is naturally out of his depth when it comes to domestic violence and abuse.

“There’s something worse than violence, its apathy”. He states to his mother upon witnessing an unsavoury incident between a couple in a supermarket. It’s almost as if he feels it incumbent upon himself to solve every problem he sees given such a fantastic brain. And so THE BOOK OF HENRY is the scriptures of a young brilliant boy putting his World and environment to rights. Great supporting role played by Dean Norris (BREAKING BAD). THE BOOK OF HENRY is a dark tale about the spectacular unheralded failure of adulthood in the Western World. Directed by Colin Trevorrow (JURASSIC WORLD), J D Salinger’s A CATCHER IN THE RYE comes to mind when you watch this movie. Do it.