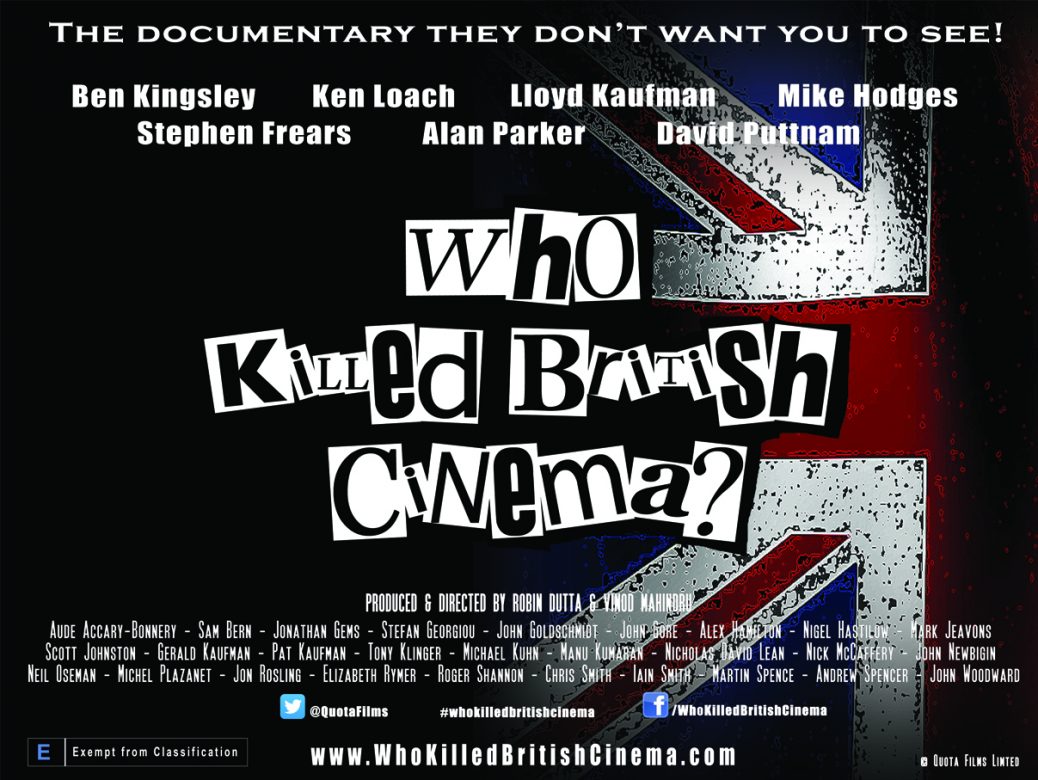 If you would like to attend this free BECTU event at The Cinema Museum, Kennington London on the 17th October doors opening at 5.30pm please register at https://who-killed-british-cinema.eventbrite.com 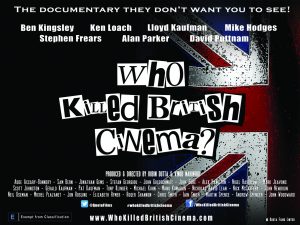 The minority who work in the industry maybe upset with us as we kick their apple cart, but there is a lot more of us producing our own features with no hope for distribution or to ever reach an audience; there are more students doing media and film than ever before, but can you see the next Ken Loach, Mike Hodges, David Puttnam or Alan Parker?  Are audiences already starting to rebel at the lack of choice in the cinema?  Have a sneak peak at the empty theatres showing the remakes and sequels and killing any hope for a voice.  Don’t get us wrong we love Hollywood films and this has never been an attack on Hollywood, we want films to be made here, but our own voices have been stamped on; there are no opportunities; there is no such thing as a free market!

The fight goes on for the reintroduction of a Quota in our theatres for the eventual rebirth of indigenous film in Britain.

I would also like to use this opportunity to say that we have finished our book and we will be announcing the release date at the screening along with the film, so at some stage we hope you can own both the book and the DVD.  We may even have some books to pass around at the screening.

Filmmakers, Students if you are looking to make some extra cash and would be interested in holding your own screening of the film please get in touch, we will throw in some free merchandise also.